(ROCKTON, IL) On June 14 in Rockton, IL, an industrial fire broke out resulting in an explosion at a lubricants plant operated by Chemtool. The explosion affected hundreds of residents in the small northern Illinois community located just outside of Rockford, and forced an evacuation of many of the citizens. A week later, thanks in part to the efforts of the Laborers’ Disaster Relief Team (LDRT), residents of the affected area were able to share what happened to their homes and property as a result of the extreme heat and smoke from the explosion.

“What we’re doing is going around with iPads and talking to homeowners, evaluating damage per home,” said LDRT Director Brad Schaive. “So, it’s a very personal, one-on-one conversation of what took place, what impact has the disaster had on your domicile and we’ll be categorizing that and uploading that so that IEMA (Illinois Emergency Management Agency) and the Feds get a very comprehensive picture of the damage that was caused by the disaster.”

LDRT is comprised of workers in the building trades, Laborers, Operating Engineers and Teamsters, who have spent much of their professional lives removing debris from construction and demolition sites. Because of their professional training, they can safely and efficiently move trees and other debris from roadways and people’s homes and property so first responders, utility companies and other necessary personal can enter a disaster area.

Admittedly, this was a different kind of operation for the group. “You know we’ve been on 9 deployments; we specialize in tornado and disaster response…that’s kind of our wheelhouse,” said Schaive. “This is outside of that, but it’s a deployment and another service LDRT performs. We’re very pleased that IEMA contacted us.” 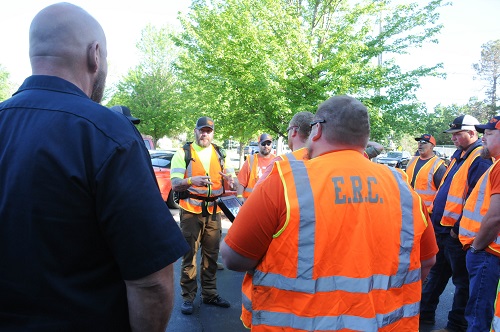 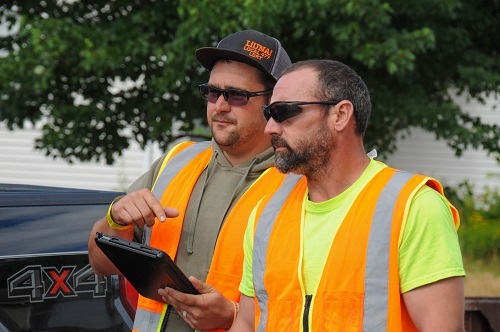 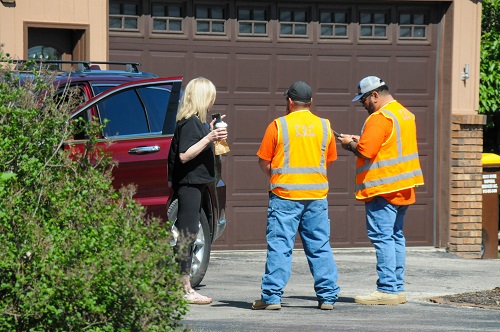