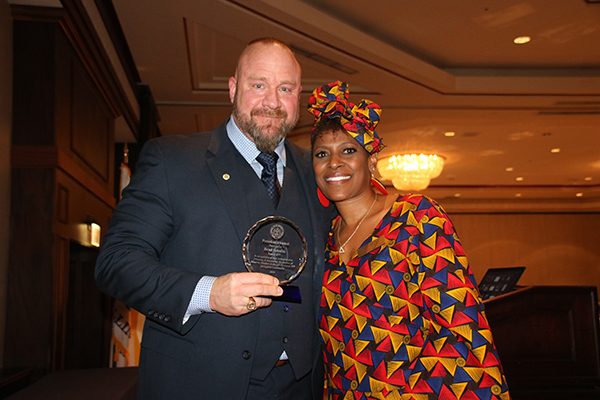 The NAACP held their 98th Annual Lincoln Douglas Freedom Fund Banquet. This banquet focused on the Race Riot Commemoration: 100 Years of Putting Faith into Action. When discussing candidates for the President’s award, the board felt that Brad Schaive exemplified “Putting Faith into Action.” His commitment to hiring minority members of the community is second to none.

Teresa Haley, the President of the Illinois NAACP State of Branches and the Springfield Branch NAACP, said “Brad’s selfless commitment to helping black men and women achieve success is why he was honored with this award. We need more leaders in Springfield to recognize the value of the minority community. Brad is a great example of putting faith into action.”

Schaive’s local is dedicated to making sure that the union’s workforce in Springfield looks like the city of Springfield. He diligently works with local correctional institutions to give a pathway to newly released citizens and with the Hire Education program at Lincoln Land Community College to help place graduates into unions within the construction trades. “The hard-working black men and women deserve the same opportunities to provide for their families. We offer them a living wage with insurance,” Schaive said. When asked if his local hires people with felonies he responds, “We care where you’re going, not where you’ve been.” 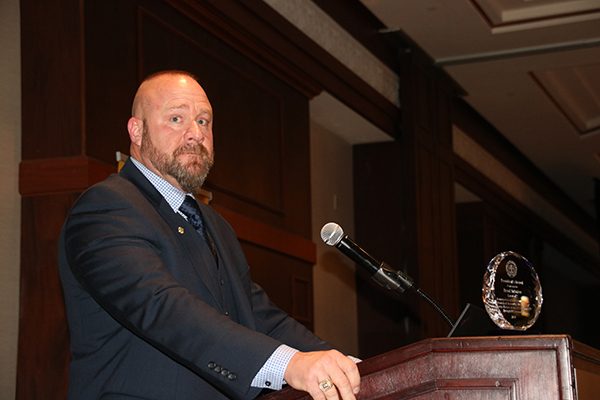 James Johnson is an NAACP Executive Committee member and Local 477 member. Mr. Johnson is proud to be a member of LIUNA Local 477. Mr. Johnson said “becoming a member has been life changing!” “Schaive is a strong leader that encourages all of his members to strive for greatness, to work hard, stay involved in the community and stand up for what is right,” he continued.